Alex Otti (born 18 February 1965) is a Nigerian economist, banker, investor, philanthropist and politician. Otti is the former Group Managing Director of Diamond Bank Plc, a leading retail financial institution in Nigeria. Otti is a gubernatorial candidate of Abia State on the platform of Labour Party for 2023. 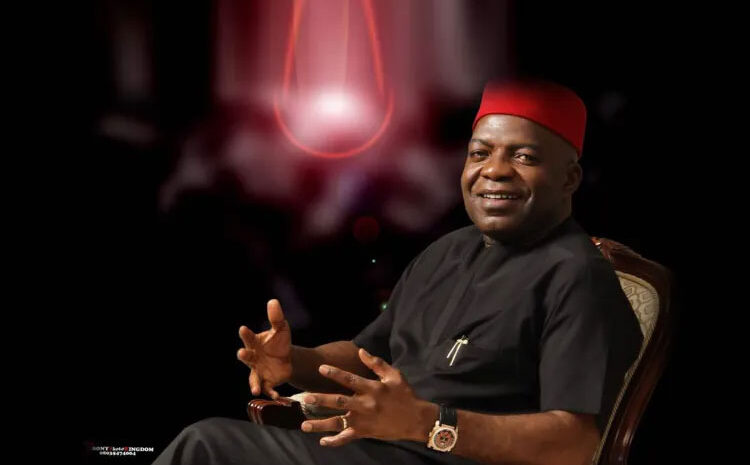 Dr Alex Otti, Abia State governorship candidate of the All Progressive Grand Alliance (APGA), has condemned the burning down of the Isiala Ngwa South Office of the Independent National Electoral Commission (INEC) last Sunday by yet to be identified arsonists.

It would be recall that the new Isiala Ngwa South Local Government office of the INEC at Umu-Ikaa was on the early 3 February 2019, morning burnt down by yet to arsonists.

Addressing newsmen on the incident, the Director General of Alex Otti Campaign Organization, Dr Max Nduaguibe, at the campaign office in Umuahia, Monday, said the incident was an indication that the “regime of brigandage, intimidation and impunity” had returned into the state polity.

The director general accused the ruling Peoples Democratic Party in the state of being behind the incident, adding, “It is beyond coincidence that the wilful destruction of the INEC office happened barely two days after the massive turnout of supporters at the Isiala Ngwa North and South campaign rallies addressed by Dr Alex Otti and other APGA candidates from the areas,” he alleged.

Don't Be Left Behind Today

Together we the people of Abia State can achieve more than any single person could ever do alone.

Bayelsa: Thou Shall See the Land But Will Not Set Foot on It
Foreign Direct Investment as Local Indirect Divestment
Massive Government, Miserable Populace; Cost Of Governance As Economic Growth Decelerator